The Dalai Lama celebrated Chris’s impact on the world by naming him an Unsung Hero of Compassion in 2005. 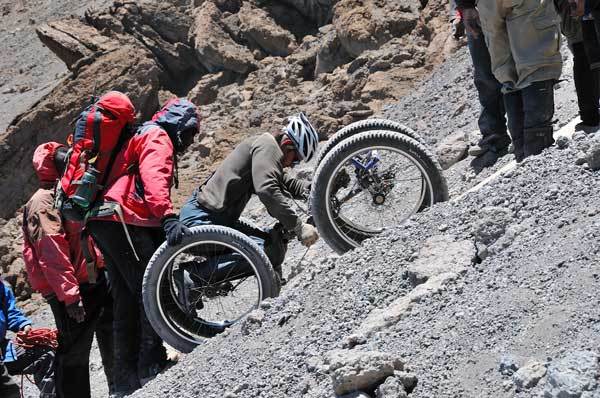 Chris’ genuine, personal and considerate delivery aims to connect and instruct, something he sought even as a competitor. As he became the fastest monoskier in the world, he and his female counterpart started a monoski instructional camp to help others unlock their potential without enduring the pain and frustration that they had. Members of those camps went on to win National, World Championship and Paralympic medals.

When he attempted to become the first unassisted paraplegic to summit Mt Kilimanjaro, he stood on the shoulders of his heroes to turn the impossible into reality and give others the courage to confront their fears to live and perform most fully. The climb wasn’t without incident. His team had to carry him up a boulder field, but that “failure” allowed him to separate from the obligation to be a superhero—to be honest, vulnerable and to find his real power. In 2015, he published his first book Things I Want to Remember Not to Forget, inspired by his Middlebury College Commencement Address. The following year, he taught himself to draw and wrote and illustrated his first children’s book, Is It Lonely to be a Four-Leaf Clover? He has appeared on Dateline, Oprah, and 20/20 as well as providing color commentary for the Paralympics on NBC and being one of People Magazine’s “50 Most Beautiful People.”

A popular keynote speaker, Chris helps audiences become champions of their businesses, their worlds and themselves. He has spoken to nearly every industry and kind of audience—from Fortune 500 Companies to non-profits, from sales groups to venture capitalists and engineers. He inspires audiences to consider how seemingly ordinary people can achieve the impossible.